*
*Corundum is a rock-forming mineral, widely known for its extreme hardness and for being a beautiful transparent crystals in many different colors; Most people are familiar with corundum as Red “ruby” and Blue  “sapphire.”… https://geology.com/minerals/corundum.shtml

*
Kaizen is an approach to creating continuous improvement based on the idea that small, ongoing positive changes can reap major improvements, based on cooperation and commitment… https://searcherp.techtarget.com/definition/kaizen-or-continuous-improvement

With teams in both Japan and Israel, Corundum provides quality access to the Israeli High-Tech Eco System and hands-on business development for investors and portfolio companies. 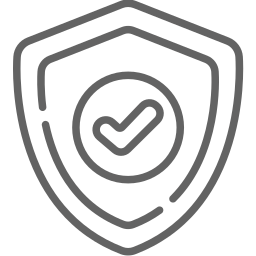 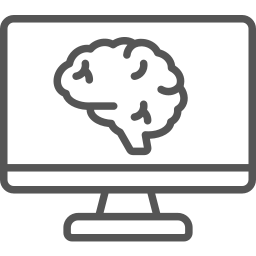 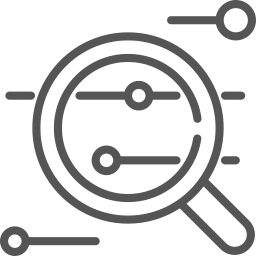 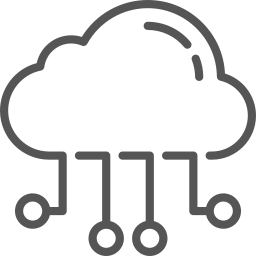 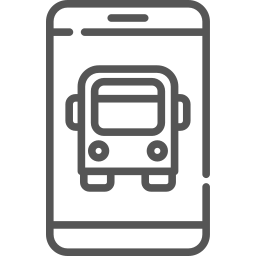 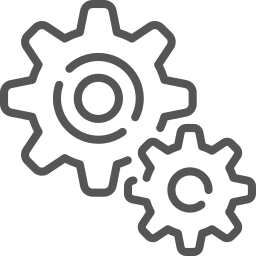 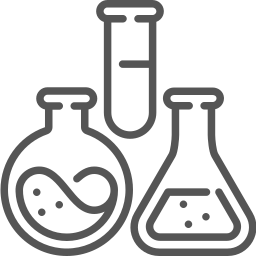 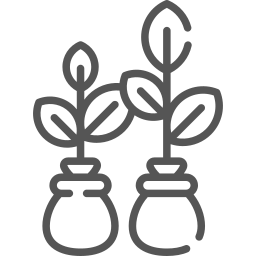 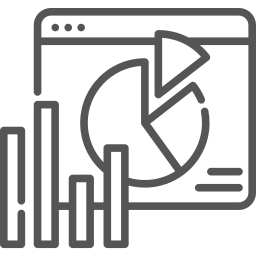 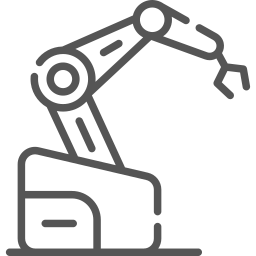 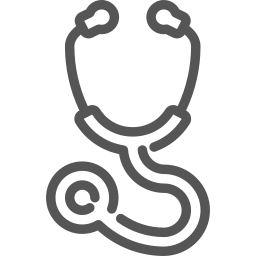 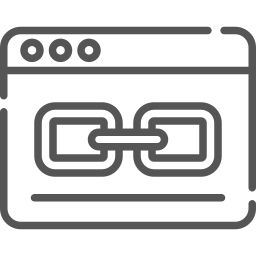 Corundum is the ONLY Israeli Venture Capital firm with dedicated business development teams, both in Japan and Israel, with proven results 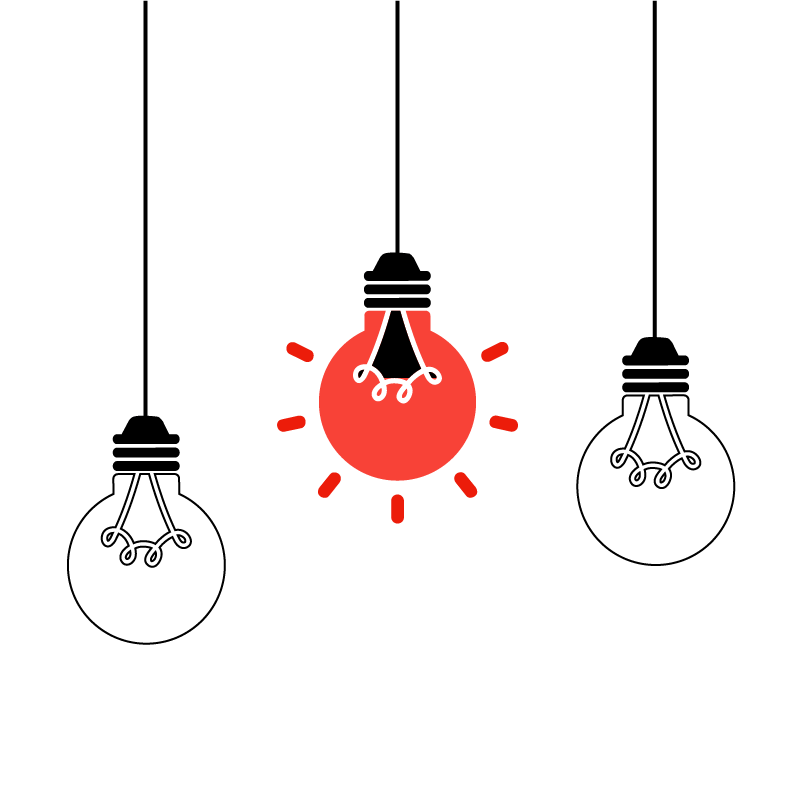 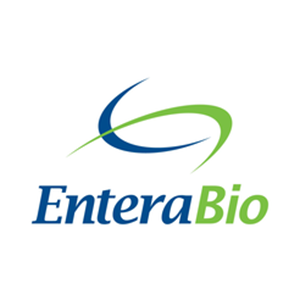 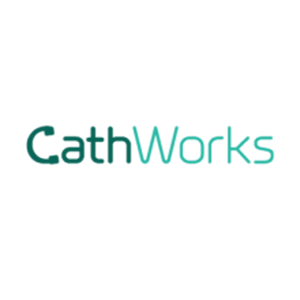 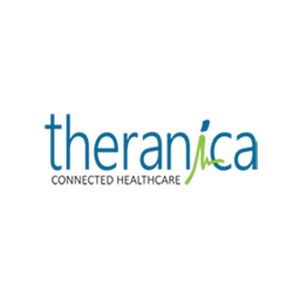 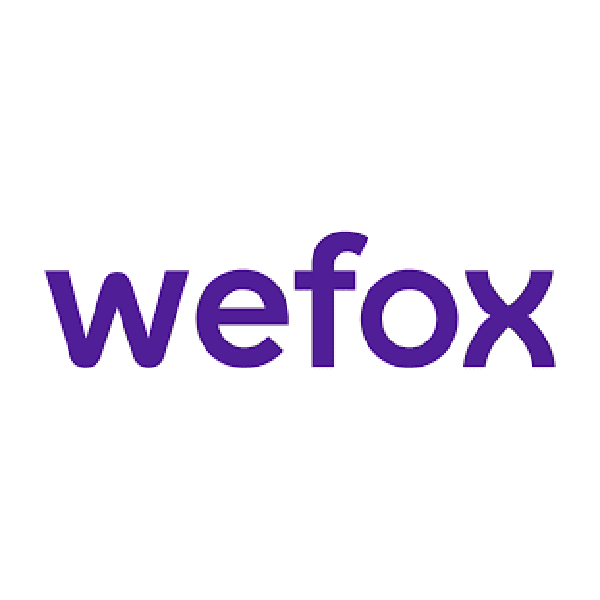 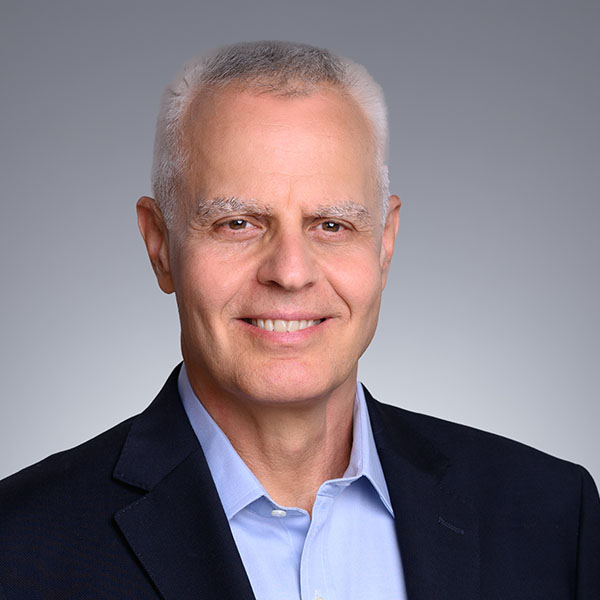 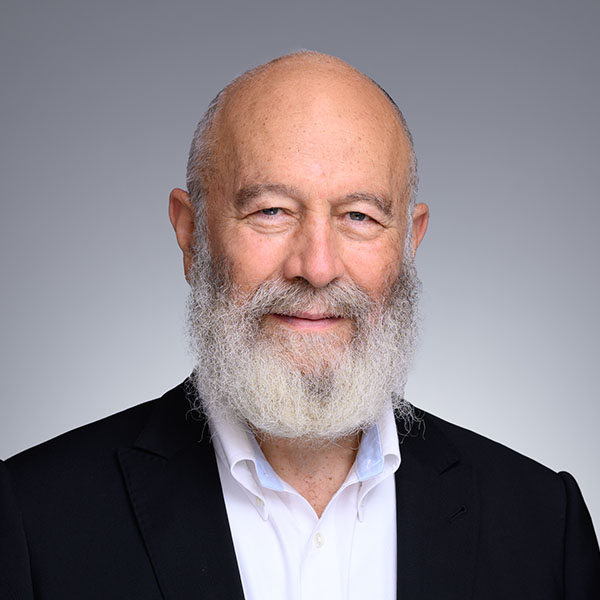 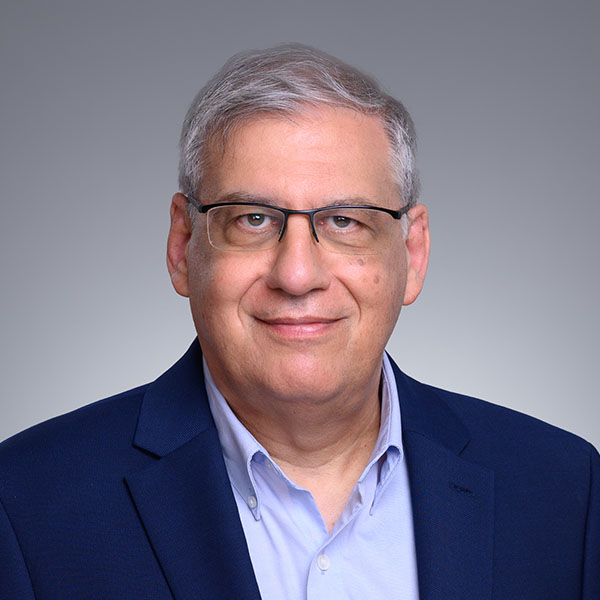 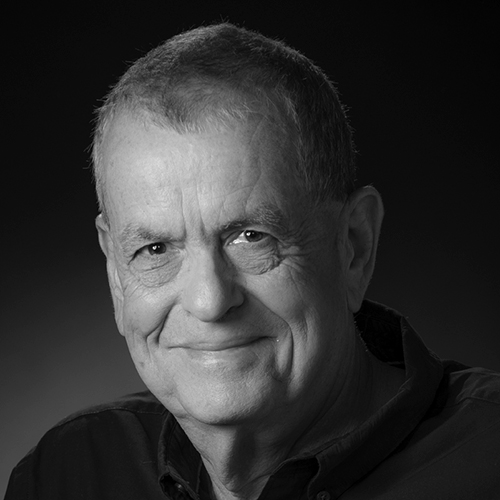 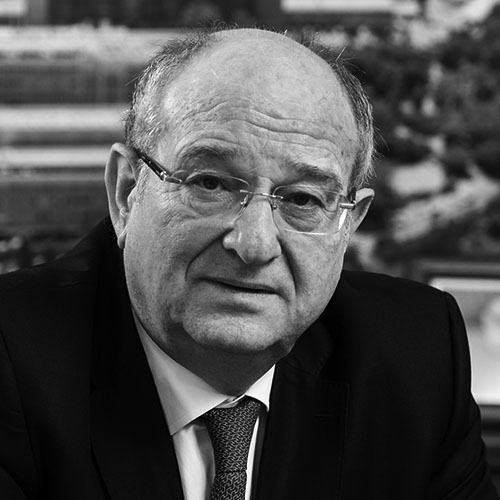 Former President of the Technion - Israel Institute of Technology 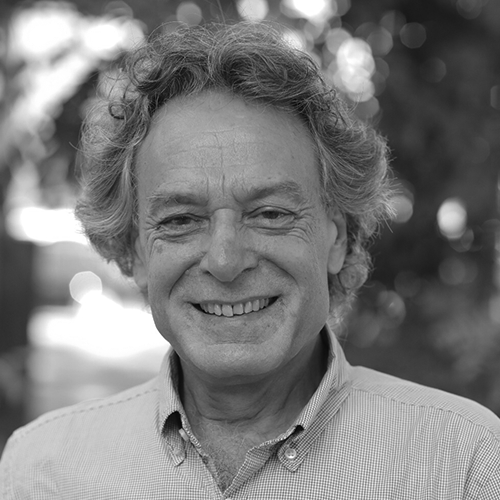 Founder & Dean of the Adelson School of Entrepreneurship 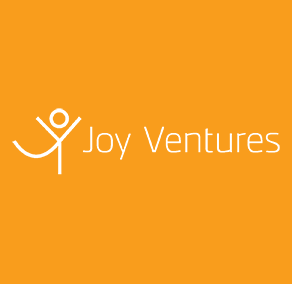 Corundum established an independent innovation hub, which has a separate management team.

Aaron Ciechanover was born in Israel in 1947.  He is a distinguished Professor in the Technion in Haifa, Israel.  He received his M.Sc. (1971) and M.D. (1973) from the Hebrew University in Jerusalem, and his Ph.D. from the Technion (1982). There, as a graduate student with Dr. Avram Hershko and in collaboration with Dr. Irwin Rose from Philadelphia, they discovered that tagging of protein substrates with ubiquitin, target them for degradation.  Among the many prizes he received are the 2000 Albert Lasker Award, the 2003 Israel Prize, and the 2004 Nobel Prize (Chemistry; shared with Drs. Hershko and Rose). Among many learnt bodies, he is a member of the Israeli National Academies of Sciences and Humanities, the National Academies of Sciences (NAS) and Medicine (NAM) of the USA (Foreign Member), and Chinese Academy of Sciences (Foreign Member).

Aaron Ciechanover is an Israeli biologist and physician.  He is a distinguished Professor in the Technion, in Israel.  He received his M.Sc. (1971) and M.D. (1973) from the Hebrew University in Jerusalem, and his Ph.D. from the Technion (1982). There, as a graduate student with Dr. Avram Hershko and in collaboration with Dr. Irwin Rose, they discovered that tagging of proteins with ubiquitin, target them for degradation.  Among the many prizes he received are the 2000 Albert Lasker Award, the 2003 Israel Prize, and the 2004 Nobel Prize (Chemistry; shared with Drs. Hershko and Rose). Among many learnt bodies, he is a member of the Israeli National Academy of Sciences and Humanities, the National Academies of Sciences (NAS) and Medicine (NAM) of the USA (Foreign Member).

President of the Technion-Israel Institute of Technology

Prof. Peretz Lavie joined the Technion Rappaport Faculty of Medicine in 1975 where he served as Dean from 1993-1999. In 2001 he was appointed as the Vice President of External Relations and Resource Development. Since October 1st 2009 Prof. Lavie has been serving as President of the Technion. In the summer of 2017, he assented to a request by the Technion Council to extend his term in office for another two years. In doing so he became the first President in the history of Technion to be elected for a third term and will serve a total of ten years in office.

Under his leadership the Technion stands among the top 100 world class research universities, distinguished by academic excellence, interdisciplinary research strategy, innovative globalization and financial stability. During his tenure, the Technion has recorded a number of impressive achievements led by the recruitment of more than 200 new faculty members, which involved raising extensive resources. By establishing the “Yanai Prize”in academic education, Prof Lavie has led a transformational change in the quality of teaching on campus and in student satisfaction.

Prof Lavie conceived and played a principal role in the Technion’s expansion to New York where, together with Cornell University, the Jacobs Technion Cornell Institute was opened on Roosevelt Island. Similarly, in China the Technion established the Guangdong Technion-Israel Institute of Technology in Shantou. He led a major campaign to increase the number of dormitories and junior faculty apartments on campus, as well as initiating numerous renovation projects, such as the expansion of research and teaching facilities and the Technion gates.

Prof. Lavie is considered one of the founders of sleep medicine, publishing more than 400 scientific articles and eight books in the field of sleep research and sleep disorders. His book “The Enchanted World of Sleep” has been translated into 15 languages. Prof. Lavie’s research has won many prizes, including the EMET prize in medicine (2006), the most prestigious prize for academic achievements in Israel. He is the founder and co-founder of 5 companies that develop and produce medical devices for sleep medicine and cardiology and provide diagnostic services. He is married to Dr. Lena Lavie, a cell biologist; they have 3 children and 7 grandchildren.

Prof. Yair Tauman is a leading professor of economics at Stony Brook University and dean of the Adelson School of Entrepreneurship at IDC Herzliya, where he also serves as academic director of the Zell Entrepreneurship Program (since 2009).

He obtained his Ph.D. and M.Sc.(with distinction) in mathematics at the Hebrew University of Jerusalem, both under the supervision of Nobel Prize winner Robert Aumann. His B.Sc. in mathematics and statistics (with distinction) is also from the Hebrew University. His areas of research are game theory and its applications to industrial organization (patents, market structure and the incentive to innovate, auctions) and imperfect competition. He has published more than 60 papers in these areas.

Professor Tauman has been the director of the Stony Brook University Game Theory Center for the last 20 years. He served as the dean of the Arison School of Business at IDC( 2010-2011), professor at Kellogg School of Management (Northwestern University,1980-1987), the Economics Department at Ohio State University (1987-1990) and Tel Aviv University for 25 years (1983-2008).

Prof. Tauman is a member of the board of directors of nine companies, including Radware (since 2011, traded on NASDAQ). He served on the board of Bank Hapoalim, Israel’s largest bank (2011-2015, traded on TASE),and ADVFN ( 2010-2014, A UK company traded on AIM, London). He has been an active investor, mainly as an angel for startups, and has 25 exits.

David Heller is a co-founder of Corundum Open Innovation Fund (COIF) and serves as a General Partner and Chairman of the Investment Committee of COIF.

David has been active in Asia-related investments and businesses – with Japan focus – since 1990 and has been engaged in private equity and venture capital investments since 1996.

David started his Asia-related career in Japan (1990-1995) where he studied in Kyoto University and later worked as a foreign lawyer at the law firm of Wakabayashi & Watanabe, Tokyo. At the firm, he focused on cross-border investment and M&A transactions. Prior to that, in Israel, David was a Partner in the law firm of Yossi Avraham & Co. where he specialized in cross-border investment and M&A transactions and headed the firm’s Asia Department.

Shlomo founded the Jerusalem Global Group in 1994 right at the beginning of the “startup nation” era.  He quickly became one of the most successful Israeli investors. Shlomo invested in some of Israel’s most successful startups including Athoc, Creo, Galileo Semiconductor, Lumus-Vision, Mellanox, Moovit, QXL-Ricardo, Picture Vision, Primesense, Saifun Semiconductors and Wilocity.  In 2007 he was selected to the Forbes Midas List, as No. 37 on the WW list, first among the Israeli based nominees.

Shlomo frequently appears in the media and has been featured on the cover of Upside Magazine. He has also been cited in The Wall Street Journal, Dow Jones, Business Week and other business publications.

Shlomo is active on the boards of many non-profit organizations

and academic institutions, including the Board of Governors of the Technion and

The Jerusalem College of Technology.

Shlomo holds a Ph.D. in Applied Mathematics from MIT, a M.Sc.

from the Sloan School of Management at MIT, and B.Sc. in Math from Tel Aviv University.

David Ben-Ami has over 25 years of experience as an Executive in leading Pharma and Medical Device companies as a CEO, Entrepreneur, Board member and as an angel investor. He worked for Teva Pharmaceuticals where he spent 12 years involved in business development for Teva’s local Hospital Division and for Israeli operations. In 2003, he joined Boston Scientific and as Country Director, he worked closely with a team that identified and evaluated innovative Israeli medical technologies in the fields of Interventional Cardiology, Gastrointestinal Interventions, Interventional Radiology, Urology, Gynecology and Neuro Radiology. In 2005, he was named CEO of NVR Labs, a cell therapy company that developed a composite implant comprised of scaffold and Autologous cells for Spinal Cord Injury. In 2009, he co-founded Macrocure Ltd. a cell therapy and regenerative medicine company currently focused on hard-to-heal wounds.

He is past and current board member of various bio- and medical-device companies such as: Biocell Ltd, Entera Bio, Degania Medical, VVT Medical, Hairstetics, and Metyav Incubator.

He holds a BA in Economics & Management and an MBA from Tel Aviv University.